Extreme Stock System by Jason Moser, is an all inclusive stock market trading system. It offers all levels of stock investors a tried and true buy/sell system written in terms everyone will understand. It is easy to set up, has a built in risk management technique that minimizes risk, and will take all insecurities away from the stock trade. 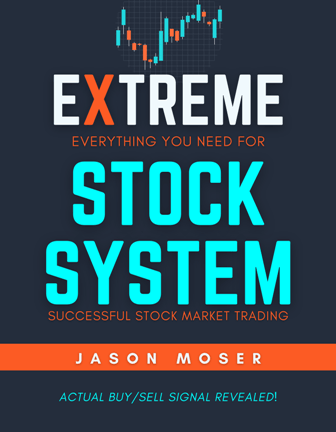 Along with an introduction to the risks of stock market trading, 8 critical rules for extreme trading, and some prerequisites, and how to set everything up, you will follow a strict 5-Step Trading System that will guide you through all of the necessary steps to successfully trade a stock for a gain.
The Extreme Stock System is designed to minimize any losses and keep your “emotional” decisions from wiping out your entire trading capital.
This system isn't looking for a huge win. It is looking for a lot of smaller wins that add up to a huge win over time. Keeping your money moving is the key to building a substantial trading account.
It is really 6 steps, but one is in between 3 and 4, but is critical in the process.
See the steps below:

In-between Step 3 and 4. Step 3 is the Buy; Step 4 is the Sell. So, what is in between those two? Well, you need to monitor what the stock is doing every day. So, that's what you will be doing between Steps 3 and 4.


What do You Get with Extreme Stock System?

The Extreme Stock System is an all inclusive, five-step system to rapidly grow your trading account.

Every system has rules. These rules will keep you safe at all times so you win with more trades.

The Extreme Stock scan finds all of the stocks in a given day that are ready to pop. Step-by-Step instructions on how to build it.

Learn how to structure your trade for the lowest risk possible (a risk you are willing to accept).

Here's some of the great benefits of this system!

Exact Signal to Buy and Sell

Learn when to get into and out of a trade - the exact point!

Get all of the tools and resources you need to track all of your work, work up a trade, and refer back to them later on.

Get training and support your need to ensure you are doing everything the right way.

This could be your testimonial or review on the sales page once Extreme Stock System is released. All you have to do is submit your name and email, answer the questionnaire honestly, and give me your thoughts on the system. It's as easy as that.

Be the first to give Extreme Stock System a private trial run before it is released to the public. Be part of the team that helps improve the system to make it the best it can be.

This system isn’t looking for the big win.

The system looks for several smaller, safer wins that over time add up to the overall “big win” (with the occasional big win snuggled in among the little wins). With a 5 win to 1 loss rate, your portfolio can’t lose with the special risk mitigation techniques in use.
This is the easiest decision process you will ever learn with regards to stock market trading. One primary signal tells you the perfect time to buy a stock when it's at its extreme low price. Three other indicators are used to confirm direction and to assess the risk of the trade, telling you exactly how many shares to buy and determine your exit point if the trade goes the wrong direction.
Let's face it... You aren't going to win at every trade. No system can guarantee that. Human emotion (not yours but others that influence the market) prevent a perfect system. But when you minimize your losses before the trade by determining how much you are willing to lose (generally no more than 1 to 2% of your trading capital) and using a couple of numbers to determine the perfect emergency exit point and number of shares to buy, all of the wins will seriously outweigh the losses over time.
You can never lose more than you are willing to lose in a trade. The 5 to 1 win rate will exponentially grow your trading account so you can invest more and more and gain more and more on every trade. Even if you lose on a trade, your overall gains from the winning trades will continue to compound and make you forget about the few losses. 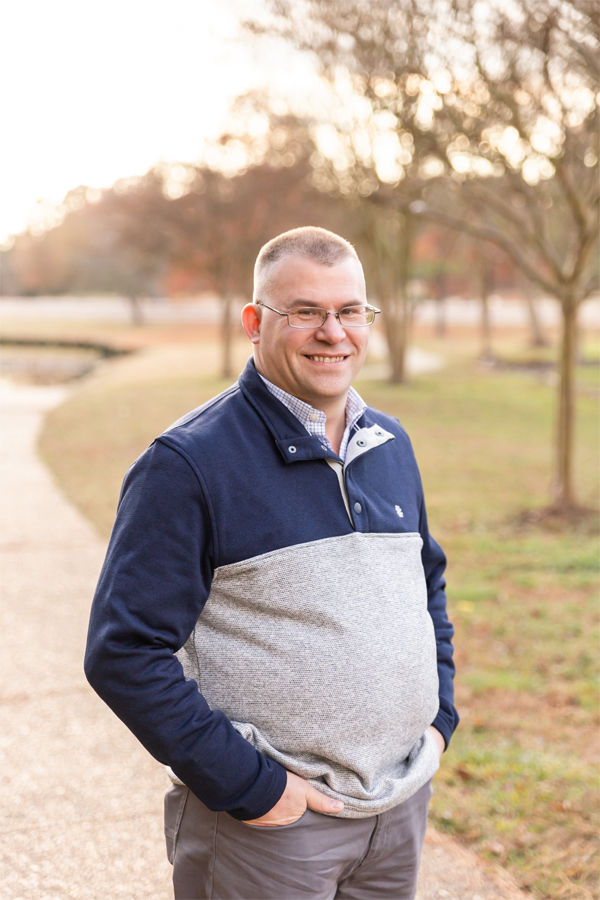 Jason Moser strives to make Extreme Stock System the best that it can be. His goal is to help everyone have an equal chance at stock market success. Follow him on social media to stay up to date with all of his books and work with the stock market.

Jason Moser started investing in real stocks in the stock market in 2003. From the beginning, he was trying to devise a plan to help him buy and sell stocks at the correct time. He had zero stock market education. He didn't use indicators on the charts. He either learned of a new stock from a friend, the news, or he just looked at various companies and the detailed stock quote to determine if it was a good stock to trade or not.

"One problem was that it was difficult to get in and out of stocks at the right time because I didn't have continuous access to a computer and my trading account throughout the day."

The other problem was "lack of education". Big lesson learned there.

After losing to a $1,500.00 trade in a pump and dump company (it ended at a total of $4.00 in my trading account), I stopped investing in the stock market for a year or two and dedicated that time to learning as much about the stock market and how to trade successfully.

During the fall of 2008, while on deployment on a submarine, the stock market crashed, erasing about $8,000 from his military investment (Thrift Savings Plan). By the time he got back in port, he pulled his money out to cash, but it was too late. He got back in when the market turned positive again, and he gained some back, but his other stock trades in an individual account were poor at best.

In 2014, he gained some motivation and hope as he started learning about different indicators for charts, and that with a combination of indicators, you can determine when a stock is going to shift up or down. This is the turning point that started Jason on the path to the Extreme Stock System.

"One lesson that I learned is that if you get information on how to do something, immediately research that information and learn everything you can about it. Once I learned how to set up my chart, I began trying different indicator tools. I was introduced to five different hard evidence signals, but they still weren't telling me exactly when to get in and out of a trade. After I spent some money on a system (well, it wasn't all inclusive, because I had to figure most of it out), I won my first couple of trades. Then a loss, and a loss, and another loss. The losses were adding up fast. There was only one indicator, and that one indicator wasn't quite enough to work. Back to the drawing board.

"At this point, I understood my way around the chart, so I started adding a bunch of different indicators and tried a lot of different combinations to see if I could get a more solid trading indicator. I tweaked it around a bunch, almost completely changing it twice, until it started working."

When Jason started his first trial, things were going great, then a rash of losses when there shouldn't have been. From his post-trade analysis, he added a few supporting indicators, tweaked his scan, and tweaked his system a little. He started his second trial in September of 2019, he conducted 19 trades, had 16 wins, and 3 losses, with a total gain of $177.40 on an initial trading account of $1,825.00.

He finished Extreme Stock System and is in the process of publishing it right now. He uses the system every day to find new stocks to trade and is actively investing as his system tells him.

"I've never made this much money trading stocks, ever. I wish I could turn back time and apply this system back when I first started. I wouldn't be working right now."

Jason Moser lives in Chesapeake, Virginia with his wife and two sons. He's a 20 year retired veteran of the United States Navy and continues to serve his country as an Engineering Technician for Submarine Electronics. He has written and published several how-to/self-help books as well as 3 fiction novelettes.